We may belong in a confused generation where many would say that it is better that there is no religion, and there will be no business using the name of God in vain. The early church fathers, missionaries, writers, and publishers of the Bible brought this confusion to us. It is during their time when they started dividing the word of truth into their own personal interests or the group where they belong.  Some of them focus their teachings on Jesus and almost ignoring the existence of the Father.  There is a religious group that took out the passages that involve Jesus and His teachings and there are groups of religion that compete extensively with Paul and proselyting his newly converts, while  Paul was also doing the same thing and for example, was his teaching about the doctrine of circumcision. There were contradictions in the teachings of salvation in the early days.

There are three anointed people in the Bible; the kings, the priest and the prophets and there are three kinds of people also in the Bible; the Jews, Gentiles, and the believers and there are also a group of believers; one, that believes in God only, believers of Jesus only and non-believers.  When we make a deeper observation among these leaders today how they live their lives, maybe we will get to the tip of the iceberg.  If we go deeper, our conscience might tell us what to do, because our conscience communicates with our spirit, and the spirit can see the hidden truth. The Holy Spirit will guide us to find the truth that was never known to us.

Many Evangelical Christians talk about persecution without examining if they are maybe talking about themselves.  We are prone to being judgmental.  When a group of believers is a little different from us, we suddenly have comments.  For example,  those people that believe that Jesus is a prophet, believers that believe that Jesus is the Creator God,  believers with One True God-the Father, people that do not believe in God at all, and many more to mention,  and I leave it up to you.  What I mean, is that some of us will persecute them as a cult, whereby, atheists will have many things to say about us too.

How does it sounds when our ears reject to listen to the words coming from the mouth of the Protestants, Pagans, Mormons, Adventists, Latter-Day Saints, and much more?  It doesn’t sound soothing to our sense of hearing because each denomination has different doctrinal views.  Nevertheless, we are called Christians, but we should be Christians that know how to respect others belief.  Isn’t it a rejection of them as co-existential?  That’s how many of us are formed or brainwashed by being overconfident with our religion which most of the time we are being judged to be arrogant.  How certain can we claim that our belief is the truth and power?   No one knows at this time, because everything has been manipulated since religion entered and accepted by our minds and became part of our lives.  We can continue where we were rooted, but is it the right thing to do?

There is one thing for sure; religion can’t save us, including the Pastors and the Priests.  No one in this physical world can help us to be saved.  It is our faith and our effort to cleanse ourselves for any unrighteousness.  The gift of salvation comes from God alone and no one else, even if we pray day and night to the idols,  it won’t help us.  Either we are in any Christian religion or not, we should respect one another and let the belief of each one be their own.  Sometimes the problem with many Christians is an overreaction; as if we are the only one that is blessed.  We should accept that we are all inhabitants in this world and we must live in love and peace, disregarding the color of our skin and our religious belief.  Mother Earth is allowing us to use her space without prejudice so we should do the same.

We are all going back to dust, as the Bible says, from dust to dust we shall return.  Without any exception, that is the assurance of our physical existence when our body turns to dust and joins the other dust of the earth; the animal dust, the trees, and so forth.  When it comes together we can see it only with our naked eyes, just like dust.  Our soul will meet its end either to stay on the ground of the earth when it dies because of sin or will be carried up to heaven to receive its glorified body.  Beyond that, the process is a mystery.  On the other hand, regarding our spirit, it has its end after our body expires and goes back to God who gave it.  Mankind begins with God who gave life and will end with the spirit going back to God who owns it.

Physical or Spiritual we won’t be able to fully understand God’s involvement in human activity.  Good things happen to bad people and bad things happen to good people.  God’s thought is definitely different from our thoughts, and His ways are different from our ways, so we should not expect something that we are not capable to comprehend.  When it is a hidden agenda, we must respect it.  God is immeasurable in the riches of His knowledge and wisdom.  Paul says that the judgment of God is  “unsearchable and immeasurable and we can never fully understand the decisions of God.  No one will have the true knowledge of God and an actual understanding of how He thinks. 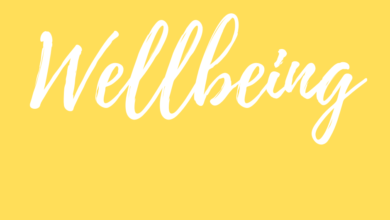