Christianity is a monotheistic belief. A belief of one true God who sent the Son to the world and whosoever believe in Him will have an everlasting life. His life, death and resurrection has purpose and didicated solely to redeem us from our sin and save a place for us in heaven.

Jesus’ teachings as presented in the New Testament are all about the Father our LORD, taught us how to pray, declared that the kingdom of God is on our grasp, taught us how to be blessed and rewarded, He showed us how to win against temptation and deception. He also mentioned about himself sent by the Father, He lay down his life on his own and the most intriguing part but explained it very clear that we can all be gods and Jesus surprised His listeners in proclaiming His own divine identity (John 10:34-36). He even went further by quoting “You are gods.” (Psalms 82:6) God is a family and human beings belong to a family of God.

Christianity is the world’s largest religion with more than 2 billion adherents. Jesus “the Messiah” prophesied in the Old Testament and fulfilled as recorded in the New Testament is the predominant religion in the Americas, Europe and other countries. The Philippines is predominantly Christian and the first Christian country in Asia.

Through all the missions for many decades by Christian evangelists, Christianity gained admiration in other parts of Asia, particularly in China and South Korea. Many received Christ and converted to Christianity after hearing the word of God. Christianity began as a Jewish sect of Jewish Christianity in the 1st century AD with shared text with Judaism’s Hebrew Bible known to Christians as the Old Testament. Jesus read in the synagogue Isaiah 61 as recorded, Paul Studied Old Testament under Gamliel and Luke 4:14-30 set down in writing when Jesus begins His Ministry. The name “Christian”  was first mentioned in Acts 11:26 which is applied to the disciples then and pass to believers now. Christians, Jewish, and Muslims are brothers in the same family of God that serve the same God, the God of Abraham, Isaac, and Jacob.

There is diversity in teachings and practices among the groups of Christian. These groups of Christians are sometimes categorized according to shared qualities and characteristics under an autonomous branch of the Christian Church. Though some groups rejected this category not only because of theological reason but some because of personal differences they called enlightenment or self-revelation in Pauline Christianity and the other is Martin Luther’s protest against the church and established a reformation movement.

Christianity started as one big family divided into 5 major groups of churches; Catholicism: (Roman Catholic Church) which has the largest members among the three groups of more than 1 billion baptized members. The 2nd and 3rd group is Eastern Christianity: (Eastern Orthodox Church, Oriental Orthodox Church) a conservative or traditional group claiming to have the true and the right doctrines. and the Assyrian: Syriac Orthodox Church and Syriac Catholic Church the Syrian Civil War of 2011 displaced the remaining Assyrian community due to ethnic and religious persecution at the cruel hands of the Islamic extremists. 4th group is Anglican Chuch is in between Catholicism and Protestantism.

Believe that the catholic and apostolic faith is revealed in Holy Scripture. Anglican also is known as Church of England broke ties that binds with Rome under King VIII when Pope Clement VII refused to grant an annulment of King’s marriage to Catherine of Aragon, Queen of England.

Protestantism is the second major branch of Christianity and the Reformation began in 1517 when Martin Luther a German monk protested against the Catholic Church.  Acting on this belief, he wrote the “Disputation on the Power and Efficacy of Indulgences,” also known as “The 95 Theses,” a series of questions and propositions for discussion in a public meeting.

Martin Luther defiantly nailed a copy of his 95 Theses to the door of the Wittenberg Castle Church on October 31, 1517, that led to split in the church, many people like the ideas and adopted it. The birth of Protestantism begins. Those who followed Luther were called Protestants.

Number of followers throughout the world:

Many if not all Protestants do not want to be identified as fundamentalist believers, they typically distance themselves from the term Protestant to avoid being stereotype as those people that went against the Universal Church of God. They prefer to be identified as Christians, born-again Christian or Evangelicals and they mostly called their group non-denominational congregation. A small group founded by pastors and some laymen with little or no affiliation with the apostolic or historic branch of the Christian Church. Some Anglicans, eschew the term Protestant, with Catholic in mind, started adopting the name “Anglo-Catholic.” Because of doctrinal dissimilarity, this denomination is totally separated from the Roman Catholic Church. Evangelical Catholics is a small community, independent from the Catholic Church and are not in communion with the See of Rome.

Restorationists or Nontrinitarians, are those who have ties with Protestant Reformation, but do not describe themselves as Reformer of the Christian Church otherwise as restoration of the Church that they believe was lost at some point, dividing the word of God, teaching and prophesying falsely.

Restorationists include Churches of Christ, Disciples of Christ, The Church of Jesus Christ of Latter-day Saints, and Jehovah’s Witnesses. Restorationists like other denominations have foundational similarities but their doctrine and practices are remarkably different.

These groups drift from the belief which most groups hold as fundamental to Christianity, they considered it heresy and unorthodox even by non-Christian and other mainstream Christians and true for non-trinitarians.

Though differ in denomination and doctrinal views unity and cooperation among Christian is a fundmental goal to achieve the truth of one body. A worldwide ecumenical  conference of Protestant missionaries took place in Edinburg, Scotland on June 14-23 1910.

Almost five decades; the Justice, Peace and Creation Commission of the World Council of Churches founded in 1948 by Protestant and Orthodox churches came into existence, with greater cooperation between groups of churches in order to reconcile with each other. Similar council was formed in Australia but this time not only Protestant churches but also Roman Catholics.

After the worldwide ecumenical  conference of Protestant missionaries of 1910, it bear fruit uniting churches begin 1925 formed the United Church of Canada where the Congregationalist, Methodist, and Presbyterian churches united. And in 1977 formed the Uniting Church in Australia. the Union of Anglican, Methodist, Congregationalist, Presbyterian, and Reformed churches formed; The Church of South India in 1947.

In 1965 the Catholic and Orthodox Churches mutually agreed to put an end to the decades-long exclusion of someone from participation in the sacraments and services of the Christian. The Restoration of full communion between those churches started in 1970.

The Lutheran and Catholic churches signed a joint Declaration on the Doctrine of Justification in 1999. In 2006 the Methodist church also adopted the declaration.

Christians identify Jesus as Son of God, God incarnate and the Messiah. Messiah comes from the Hebrew word meaning Anointedandthe Greek word for anointed is Christos the source of the English word for Christ. Christians believe Jesus the Messiah was anointed as ruler and savior of both the Jewish people, Gentiles, and the Church of God (the believers).  Jesus first coming was the fulfillment of messianic prophecies of the Old Testament; as the Lamb of God, the suffering servant of Isaiah 53. Second Coming, we will see the fulfillment of the victorious, reigning Messiah of Isaiah 11:1-9! One messiah coming twice; birth, death and resurrection and second coming as it is written:

For the Lord himself will descend from heaven with a cry of command, with the voice of an archangel, and with the sound of the trumpet of God. And the dead in Christ will rise first. Then we who are alive, who are left, will be caught up together with them in the clouds to meet the Lord in the air, and so we will always be with the Lord.

So Christ, having been offered once to bear the sins of many, will appear a second time, not to deal with sin but to save those who are eagerly waiting for him.

Behold, he is coming with the clouds, and every eye will see him, even those who pierced him, and all tribes of the earth will wail on account of him. Even so. Amen.

But the day of the Lord will come like a thief, and then the heavens will pass away with a roar, and the heavenly bodies will be burned up and dissolved, and the earth and the works that are done on it will be exposed.

Therefore you also must be ready, for the Son of Man is coming at an hour you do not expect.

“But concerning that day and hour no one knows, not even the angels of heaven, nor the Son, but the Father only.

And if I go and prepare a place for you, I will come again and will take you to myself, that where I am you may be also.

“But watch yourselves lest your hearts be weighed down with dissipation and drunkenness and cares of this life, and that day come upon you suddenly like a trap. For it will come upon all who dwell on the face of the whole earth. But stay awake at all times, praying that you may have strength to escape all these things that are going to take place, and to stand before the Son of Man.”

“Behold, I am coming soon, bringing my recompense with me, to repay everyone for what he has done. I am the Alpha and the Omega, the first and the last, the beginning and the end.”

The Christian concept of Messiah differs significantly from the contemporary Jewish concept.

Most Christians believe that Jesus is “true God and true man” (or both fully divine and fully human). Jesus, having become fully human in all respects, including the aspect of mortality, suffered the pains and temptations of mortal man, yet he did not sin. As fully God, he defeated death and rose to life again with the resurrection. According to Christian Scripture, while still a virgin, Mary conceived Jesus not by sexual intercourse, but by the power of the Holy Spirit. Source: Jewish Voice

Little do we know Jesus’ childhood compared to his adulthood, We do not know much about His teens and past His teen up to 30 years the Bible is very quiet and no mention in between. We learn about His ministry and teachings. From baptism, sufferings, death, and resurrection, learn about His miracles, (e.g. turning water into wine at a marriage at Cana, exorcisms, healings, etc.), quote his teachings (e.g. the Sermon on the Mount and parables) and narrate his deeds (e.g. calling the Twelve Apostles and sharing hospitality with outcasts and the poor).

That is the knowledge that God wants us to witness about the Son. 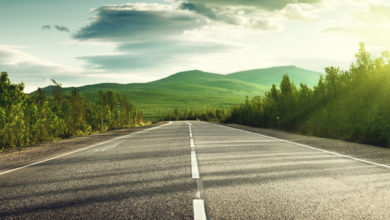 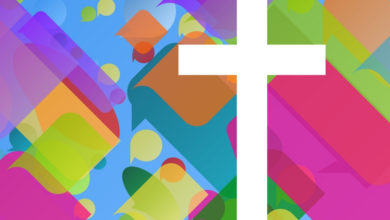